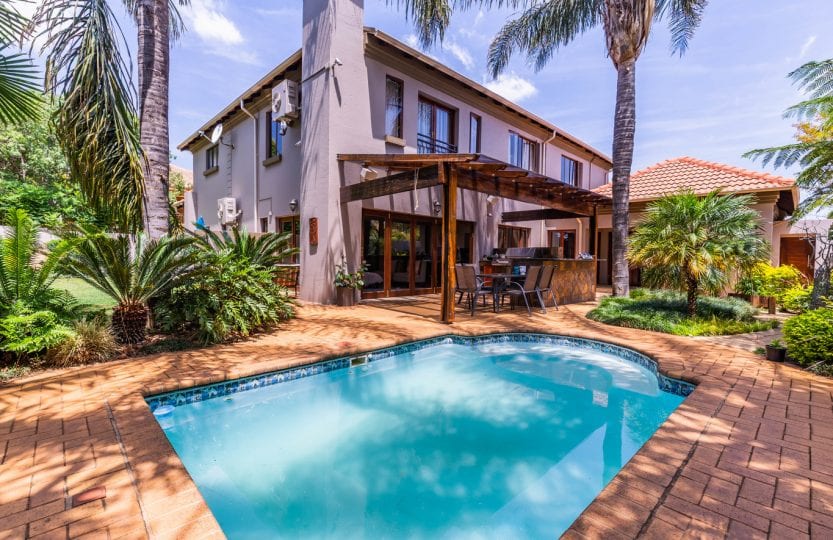 Irene Farm Villages is one of the most sought after estates in Tshwane, with properties having held their values despite the depressed economy and an excess of available stock currently on the market.

Ranked in the top five performing suburbs in Pretoria in terms of property price appreciation in 2018 is but one factor that makes Irene Farm Villages in Centurion a desirable home location.

According to Lightstone data, for the period to 30 June 2018, the suburb recorded price growth of 2.3% over a 12-month period, and 31.94% over a five year period, for top-end homes priced between R3 million and R6 million.

“Irene Farm Villages is one of the most sought after estates in Tshwane, with properties having held their values despite the depressed economy and an excess of available stock currently on the market,” says  Peter Varrie, Pam Golding Properties Pretoria area specialists.

In addition to growing property prices, Varrie says the estate is very secure, extremely well run, where annual levy increases are kept to a minimum and budgets are well controlled.

“The estate recently announced plans to rebuild the two entrance buildings, which were originally built by the developer. There are also plans to have a proper mountain trail biking track professionally designed and built within the estate.”

Varrie notes that Irene Farm Villages has consistently stayed one of the top five performing suburbs in terms of house price growth in the annual Financial Mail best suburbs surveys. In December 2018, the suburb was ranked second for achieving house price growth of 2.03% within a 12-month period, and third within a five year period, recording growth of 31.94% for high-end homes priced between R3 million and R6 million.

“It is very pleasing to know that, when living in this safe and tranquil estate, your property is appreciating exceptionally well.”

“Buyers come from all walks of life and share a common goal – wanting a peaceful environment to raise families in a secure open communal space. Properties range in price from approximately R2.65 million to the maximum selling price achieved by Pam Golding Properties of R6 million, although there are several properties in the estate that would exceed this selling price, should they come onto the market.

He says a lot of activity takes place between the R3 million to R4 million price bracket. For R3 million, a buyer can purchase a quality home with three bedrooms, two bathrooms, a study, staff accommodation, two garages and a swimming pool.

He says the estate is a very desirable place in which to live, and it is close to the top of buyer’s lists when looking to purchase a new home.  In fact, a fair percentage of his sales are to existing residents who do not wish to leave the estate. As their circumstances change, they buy properties that meet their requirements within the estate.

In addition, residents partake in a number of activities including the annual Doggie Day Walk which took place on 1 September 2018, followed by a pop-up movie organised by Pam Golding Properties in conjunction with the Home Owners Association board. This event focuses on collecting dog food for a selected animal shelter.

The annual Fun Day in December, a day of activities centred on Christmas also has Father Christmas handing out gifts to children, making this a very popular community gathering.  There are numerous other events where residents can get involved, such as collecting clothing and goods for the Koi San. On 20 April 2019 Pam Golding Properties in conjunction with Boshoff Attorneys will be host an Easter Egg hunt for children.

Over the past 12 months, a total of 26 freehold homes were sold. Half of these fell into the R1.5 million – R3 million price band, while the other half fell into the top- end of the market – those priced above the R3 million band. The average price of these homes was R3.17 million.

Furthermore, data shows that the housing market is dominated by middle-aged homeowners aged between 36-49 years, with more than half of stable homeowners, as well as recent buyers (past 12 months) falling into this age category – suggesting the estate appeal to families.

The estate also attracts a large number of young buyers, with nearly a third of recent buyers aged between 18-35 years, according to Lightstone. Many of these young buyers are likely to be purchasing their first home.