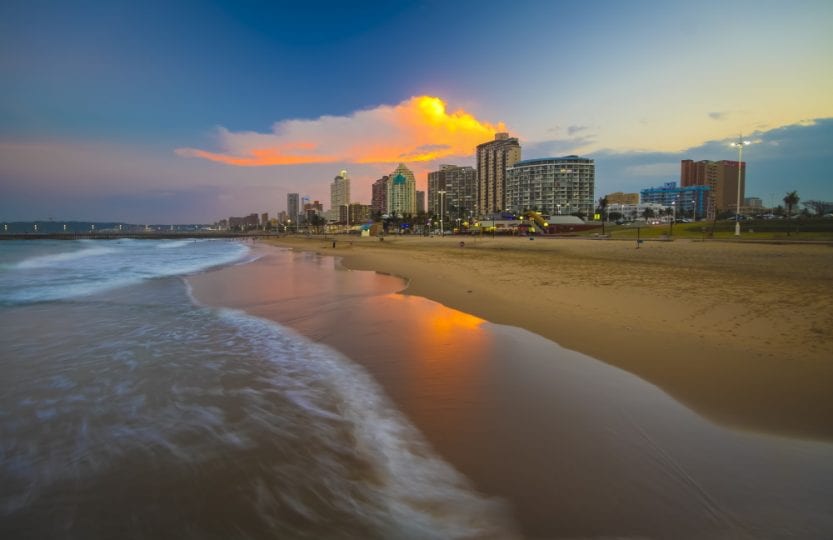 Residential property buyers in Durban have been galvanised into action, if Pam Golding Properties is anything to go by, with realistically priced homes selling within a week or two.

Residential property buyers in Durban have been galvanised into action, if Pam Golding Properties is anything to go by, with realistically priced homes selling within a week or two and even an apartment in sought-after and trendy Florida Road in Morningside snapped up within an hour of the listing going live.

So says Michelle Burger, the company’s area principal in Durban, who affirms that renowned Florida Road has transformed into a vibrant hub in high demand, with its eclectic vibe with sidewalk cafes, an array of restaurants, boutiques, bars, clubs and historic buildings. “The success of the Florida Road hub has impacted positively on residential property in the vicinity.

“The property sold in record time was a two-bedroom, sectional title apartment which fetched R1.45 million. We are certainly seeing sectional title units much more in demand, with apartments in older blocks going from R900 000 to R1.3 million for two bedrooms.

“Interest has picked up in the marketplace across the board, with buyers putting in offers, including cash acquisitions of two four-bedroom homes which sold for R3.3 million and R3.146 million respectively.

“The Windermere and Morningside areas remain consistently strong, while Glenwood has also experienced a slight uptick in house sales. In Morningside, where average prices have increased due to high demand, homes in the price band below R3 million are sought after, however, we are concluding sales in the higher price categories and are currently negotiating a sale for just below R9 million. Apart from Florida Road, addresses such as Montpelier, Innes and Lambert Roads remain popular.

Burger says due to the growing demand in the Morningside and Windermere areas, a number of residential developments have been brought to market in recent years – mainly taken up by young buyers seeking modern apartments in a convenient, central location with easy access to all major transport routes.

“In the city centre, investors remain interested, but always seeking a bargain, such as one-bedroom units selling for under R150 000.

“Encouragingly, the eThekwini Municipality sees the potential in Durban’s central area, and, together with the private sector, is making a massive R62 billion capital investment in its Inner City Regeneration campaign, which is expected to transform this key commercial hub.

“Durban’s city and beachfront areas have vast untapped potential, and it is gratifying to see business and government working together to achieve these goals. The Durban promenade has been a wonderful success and we look forward to seeing the final stage completed.”

Commenting on the Durban beachfront, Burger says in South Beach, two-bedroom apartments remain in demand, mainly in the price band up to R700 000. “People like the lifestyle and are upbeat regarding the nearly-completed promenade improvements. In addition, one of my new agents has had great success in selling share block bachelor units in a block called Park View, ranging in price from R80 000 to R150 000.”

Among other positives for Durban is the Go! Durban Integrated Rapid Public Transport Network which is set to start operating in September (2019), with the route from Pinetown to Bridge City, already launched and operational.