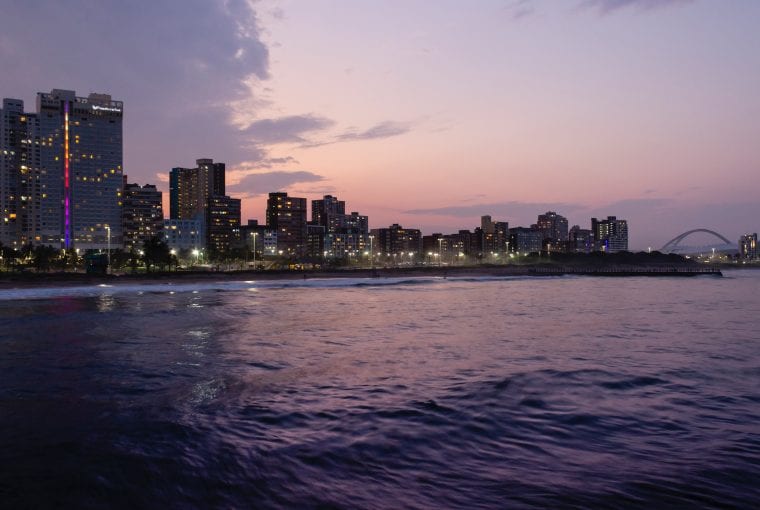 Signs of an emerging turnaround in residential property activity are continuing

The housing market in South Africa demonstrates ongoing resilience despite the challenges of a muted economy and socio-political impacts.

This is according to Dr Andrew Golding, chief executive of the Pam Golding Property group, who says that promising signs include a decline in ‘time on the market’, as buyers take advantage of improved affordability, as well as improved buyer sentiment.

“The time to sell varies according to a number of factors which include: realistic pricing in the current market, desirability of location – namely high demand, sought after centres and key hubs, as well as other macro-economic and socio-political impacts.

“Currently, we are finding that properties in the price bracket up to R4 million are selling at a median period between 34 and 43.5 days, while homes in the price band from R4 million to R6 million sell in 76.5 days, those from R6 million to R12 million at a median of 90 days, while those in the upper price brackets generally take somewhat longer to sell. An example of the impact of correct pricing and sought-after location on the time to sell is a recent sale of a two-bedroom apartment in sought-after and trendy Florida Road in Morningside, Durban, which was snapped up within an hour of the listing going live, fetching R1.45 million.

“Notably,” says Dr Golding, “properties which are marketed on an exclusive mandate sell over two-and-a-half weeks faster – at a median of 44.6 days, versus those sold on an open mandate.”

This is considerably faster than the statistics recently issued by FNB following their survey, which indicated that properties nationally are currently on the market for 14 weeks and one day (99 days), which is lower than the recent peak of 17 weeks and six days (125 days) in Q3 of 2018.

Furthermore, first-time buyers account for just over half (51%) of all mortgages extended by Ooba during the first seven months of the year as this buyer sector increases exponentially, particularly as banks have a strong appetite for lending and are competitive in their lending rates, including approvals for 100% loans.

Continues Dr Golding: “What we are finding is that nationally, in terms of price bands, the price segment up to R3 million remains the most active, particularly as this is driven by factors such as affordability, with a strong demand from first-time buyers. The next most active price band is from R3-R6 million, followed by the segment from R6 million to R10 million. In the luxury segment, from R10 million upwards, sales are being concluded but with a longer time to sell and often below asking prices being achieved. Having said that, our Atlantic Seaboard office experienced its busiest August on record, with over R200 million’s worth in confirmed sales concluded in the past month, including a R59 million apartment sale in Fresnaye.

“It is certainly however not a case of one size fits all, with sales activity varying in different regions and with higher demand and activity in sought after centres and nodes, including the KZN North Coast and Durban.

“Furthermore, in May and June 2019, ooba data showed that the average concession relative to prime granted by banks returned to negative territory for the first time since late-2010 (ie granting mortgages at less than prime for the first time in almost nine years). The average concession relative to prime is currently marginally positive once more – at +0.03% in July 2019 (latest available data).”

Nationally, according to the Pam Golding Residential Property Index, during the first seven months of 2019 house prices were an average of 3.71% above the same period last year. However, at a regional level, this ranges from 2.76% in Gauteng to 6.37% in the Western Cape.

Adds Dr Golding: “At the lower end, South Africa’s large, young population of first-time buyers combined with reduced delivery of homes to cater for the lower-end means there is a shortage of homes to meet demand at this end of the market. This is resulting in continued strong growth in prices in the price-band below R1million – ranging from +4.81% in Gauteng to +13.39% in the Western Cape during the year to July 2019.

“There is no doubt that the current market conditions are dominated by political and economic headwinds but there is a sense firstly that the economy has the potential to improve in the near term and that from a cyclical point of view the property market is at or near the bottom of a down cycle and hence this is potentially a ‘good time to buy’.

“Property markets through the ages have behaved in cyclical patterns and there is nothing to suggest that the current environment is systemic or permanent and so like all property investment decisions, due care needs to be taken with location, price and resale potential, regardless of the particular market cycle.”