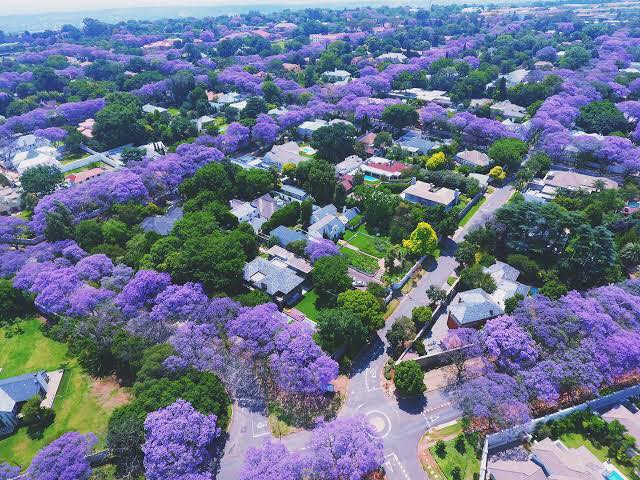 After the worst economic downturn in decades, further dampened by the recent tightening of lockdown restrictions in response to the second wave of the pandemic and the recommencement of load shedding, economic growth – while admittedly coming off a low base – is still widely expected to show some positive growth of around 3% this year.

Coupled with this, a number of factors are expected to continue to underpin current activity in the housing market. These include interest rates which are likely to remain at near-record lows this year, an ongoing large number of potential first-time buyers (many of whom were previously tenants but are now able to afford to purchase a property at current low interest rates) eager to gain a foothold on the property ladder, and financial institutions with a continued appetite to extend mortgages to home buyers.

That said, the more stringent lockdown restrictions potentially threaten the strength of the anticipated economic recovery, which is likely to result in an increase in our already high levels of unemployment, while rising oil prices are expected to see a significant increase in the fuel price in February and possibly thereafter – thereby creating likely inflationary impacts.

Realistically, the robust pace of residential property activity seen during the latter part of 2020 as lockdown restrictions were eased, while currently ongoing, is unlikely to be sustained throughout 2021. In part this reflects the fact that some of that activity was due to pent-up demand created during the initial lockdown, while other buyers were responding to the aggressive interest rate cuts.

With growth prospects expected to weaken as a result of the renewed lockdown in South Africa and across the globe and with inflationary pressures remaining relatively subdued at 3.9% in 2021 from 3.3% in 2020, there is room for the repo rate to be cut by a further 0.25% at this month’s Monetary Policy Committee meeting. However, the MPC may err on the side of caution and opt to leave interest rates at current levels for longer due to the more uncertain growth outlook.

Nonetheless, the structural changes in lifestyle choices triggered by the repeated lockdowns, combined with the stable, low interest rates, suggest there will still be areas of robust activity, such as the R700 000 to R1.5 million price band which Lightstone has identified as the price bracket favoured by first-time buyers during 2020. However, from a Pam Golding Properties perspective, we continue to experience consistently busy activity in the price bands not only below but also from R1.5 million upwards, including the luxury market in excess of R10 million.

Forecasting the likely level of activity in the local residential property market this year is unusually difficult. Areas which offer affordably priced homes – and an appealing lifestyle – are likely to prove most resilient in 2021. The aggressive 350bps cut in interest rates during the course of last year fundamentally altered the housing market in that it made homeownership accessible to many first-time buyers for the first time and also made ownership a viable option for many aspirant buyers who previously thought they could only afford to rent. This would suggest that sectional title homes in traditionally expensive areas in major metros, and freehold homes in secondary cities, holiday, retirement and ‘Zoom’ towns will prove to be more resilient and the ones that remain relatively affordable during tough economic times.

Initially, these areas, which include suburbs on the periphery of major metros as well as Zoom towns, should remain resilient. However, if there is a renewed wave of conversions of commercial property to well-located sectional title units in relatively affordable price bands, this could see an influx of homeowners or tenants to business nodes – quite possibly leaning towards younger and less affluent buyers. Furthermore, since property is an immoveable asset, these structural shifts in lifestyle are likely to result in excess stock supply in some areas and a shortage – and development potential – in others.

Our Pretoria region experienced its best December (2020) to date, with high activity in the R2 million to R5 million price band. As is the case in sought after areas around the country, well-priced homes continue to sell within a relatively short period of time. In Cape Town, we also had a busy trading month in December – with sales on the Atlantic Seaboard well exceeding expectations. This included the sale of a five-bedroom, five-bathroom bungalow in prime location on Clifton’s Fourth Beach, which achieved a sales price of R37 million. Based on sales on the Atlantic Seaboard in recent months and especially December, we are likely to see consistent sales for well-priced properties brought to market by motivated sellers. While the mid to lower end of the market attracts the greatest number of general enquiries, quality leads are generated by correctly priced property, regardless of price, especially at the top end of the market. This indicates a change in trends as usually the top end enjoyed a fair degree of flexibility in terms of pricing in respect of the unique attributes of the particular property – such as aspect, views and iconic features. However, this segment of the market is now as price sensitive as any other.

Activity in December and in January to date has also been brisk in Cape Town’s Southern Suburbs, Southern Peninsula, West Coast and Hout Bay, with all price bands and areas in demand, including notable, consistent sales concluded in upmarket Constantia. In the heart of the Boland Winelands, since September (2020) we’ve seen a renewed semigration trend with families relocating from Gauteng seeking homes to purchase as well as a huge demand for rental properties. From the start of 2021 we are also receiving a flurry of serious enquiries for top end homes in Paarl estates and in Franschhoek.

The George area on the Garden Route is also experiencing a continuation of the trend towards security estates, but noticeably locations with a sense of space such as Gondwana Game Reserve, coastal estates like Pinnacle Point, Springerbaai and the sought-after golf estates Fancourt and Kingswood Golf Estate, or the Kraaibosch and Welgelegen estates with their scenic, expansive views. Fancourt in particular is generating interest in the limited remaining vacant stands in the various precincts of different architectural styles. In Fancourt’s Noem Noem, several vacant stands have recently been snapped up at prices above and below R2 million.

Heightened activity – including buoyant sales in the top end of the market above R3 million, which includes a cash sale for R6 million in Summerstrand prior to being listed – is also reported by Pam Golding Properties Port Elizabeth, where low stock levels along with low interest rates are resulting in multiple offers as buyers compete for properties, especially those below R2 million.

In Port Shepstone on the KwaZulu-Natal South Coast, Pam Golding Properties sold a home for the full asking price of R800 000 before the listing even went live, with funds paid in cash within a week of signing the offer to purchase. This successfully concluded transaction resulted in a second unit in the same complex being acquired by the same buyer, also for cash, within a couple of days.

Meanwhile in Johannesburg South, popular price bands are from R650 000 to R3 million, with homes in freehold and gated complexes or gated estates most in demand in the price band from R4.2 million to R6 million and as long as correctly priced. Suburbs close to schools are the most resilient, such as New South suburbs of Glenvista, Mulbarton, Aspen, Brackendowns, Brackenhurst, and Lenasia. Notably, in Johannesburg South we are seeing larger deposits than usual and cash purchases, with banks remaining willing to extend mortgage finance. 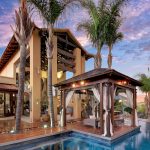 WHAT DEFINES A LUXURY HOME IN TODAY’S WORLD?